Maybe Bike Snob is more powerful than I thought.  The mere mention of disagreement over the importance of fenders and what happens, torrential downpour.  Not that I believe fenders would have helped me at all, I was fucked, the victim of terrible timing.  So I tried to be zen and go with it, which failed quickly, so I resorted to screaming obscenities at the top of my lungs, which got me through about 5 miles or so.  I was doing alright until, in another moment of poor timing, a car passed going the opposite direction and splashed an amazing amount of water all over my front, and, much to my horror, revealed to me that I ride with my mouth open.  That's right, and the swallow reflex kicked in.  Arguably still better than the subway.
Posted by hillbilly at 5:08 PM No comments:

I love BSNYC for many reasons, not the least of which is that he saves me the trouble of expressing my feelings by saying exactly what I believe (except in the case of fenders) in a much more coherent, intelligent, and witty fashion.
So, I will replace my long winded diatribe about how Sullivan does not represent me with a simple link to the always great BSNYC.
enjoy.
Posted by hillbilly at 10:43 AM No comments:

guess the price.....I dare you

The new Rapha Rain Jacket is the perfect protection from the wettest conditions. The jacket combines fully waterproof and breathable panels to give great cover, without compromising on comfort.

Unfortunately, it seems that Ratner has been saved by one of Russia's wealthiest, a former basketball player.  Can I trademark the "New Jersey Nyets"?
eh, beaten to it by
http://www.nolandgrab.org/archives/2009/09/prokorov_to_buy.html
and I think SI as well.
Posted by hillbilly at 7:35 AM No comments:

About time...finally I can take people's suggestions.  After years of being told that I should really put a bag over my head, Fashion Week comes along and legitimizes it.
Enlarge This Image 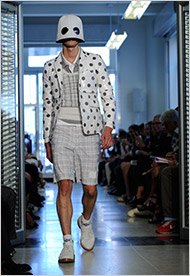 Posted by hillbilly at 10:49 AM No comments:

My commute this morning featured chilly rain, amazing traffic on Flatbush, a man pouring salad oil in the new bike lane at Allen St, and being behind a cop who blew through 5 red lights, no siren, to arrive safely at, yes, I kid you not, Dunkin Donuts.  Not to mention about every offensive driving move you can think of.  People are in midseason form!
The salad oil was certainly the high point.  Perhaps we was confused by the green color of the lane?
Posted by hillbilly at 7:34 AM No comments: 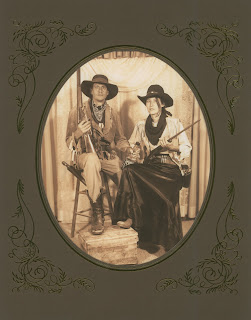 "Oh, it's a long, long while from May to December
But the days grow short when you reach September
When the autumn weather turns the leaves to flame
One hasn't got time for the waiting game"
Instamelancholy.....that's what September means to me.  Doesn't seem to matter how long it's been since I've been a student, always feels like going back to school, which is synonymous with sadness for me.  Not depression or anything, there were things I loved about school, and there are things I absolutely love about fall...leaves changing, smells, etc, always leave me feeling like taking the cliche trip through New England to see the fall foliage, or at least drinking some hot cider....but it can't help but feel a bit to me like the end of something, something fun....hmmm, maybe I should do cyclocross after all.
Posted by hillbilly at 8:14 AM 2 comments: