Spring has sprung, and with it comes various countdowns. Number of pts off the playoff hunt for the Rangers (something like 10 with 5 to play), number of games under .500 that the Knicks will finish (a zillion, but oddly not nearly bad enough in the woeful east to be considered terrible), and number of days until the Mets opener (13). It was a beautiful weekend in New York and I happily made it to my first bike race of the season. No small feat considering that I had been out of town for a week and hadn't reset my alarm clock to Daylight Savings, so woke up thinking I had about an hour to get ready, turned on NY1 and realized that I had to leave within 10 minutes if I had any chance in hell of making it.  Sprinted down Flatbush and got there just in time.  The race itself was pretty uneventful other than someone trying to bail in the middle making a sharp turn directly into me.  Fortunately I was able to hold both of us and he was tremendously apologetic.
Red Hook Crit was the same evening, didn't race it, just watched, and it was a blast.
Good vacation in Seattle, Vancouver, and Orcas Island, will put a couple of pics up soon.
Posted by hillbilly at 10:17 AM No comments: 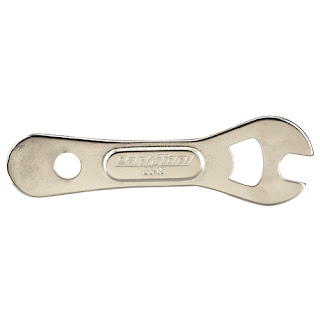 All I needed was a simple wrench, I should have just gone to the hardware store, but no....Having just undergone the second part of a root canal I talked myself into some retail therapy and decided to stop by Conrad's, a bike store in a very odd part of Manhattan that is not on the beaten path from anywhere to anywhere else, unless you are coming from, say, Tudor City Dental, and happen to be going back to work on the Upper East Side, and even then it isn't really on the way.   I had commuted on my track bike today and had just realized that I didn't have a wrench in my bag of tubes and patches, since I normally am on road bike with quick release.  I could have easily hedged my bets, and just assumed I would get home without a flat, but it seemed like a good excuse to buy something, and the novocaine was still wearing off, so why not?  They had 2 wrenches (single speed 15 mm spanners), a beautiful, simple Campy "peanut butter wrench" that cost 40 dollars, and the usual Park Tools for half that.  As pretty as the campy was, I couldn't justify 40 dollars for something I didn't actually need at all, but probably could do 20, and the Park Tools one had a pedal wrench on the other side as well, which would actually be useful, potentially (I have one at home, but it's huge and heavy, portable wouldn't be all bad). So far so good, except for the fact that it has a mothertruckin bottle opener on it as well.  Just to be clear, I love beer.  A lot. (This might be one of the problems, many of us beer lovers have trained ourselves to be able to open bottles on many different sources).  More than most things.  However, I am really sick of bike companies putting bottle openers on everything from seats to tools.  Those damn flip flops you always see at the beach are bad enough, but at least in that case, it's the beach, where beer is prevalent, and one often does not have pockets.
Posted by hillbilly at 11:41 AM No comments: