said it before and I'll say it again, thank goodness I have them in my fantasy stop and frisk league
http://www.aclu.org/criminal-law-reform/nypd-stopped-and-frisked-record-number-innocent-people-during-first-quarter-2011
Posted by hillbilly at 7:22 PM No comments:

This past weekend I was wrongfully arrested.

For those that do not know me, I am an avid cyclist, bike advocate (I’ve been a member of T.A. since 2009), and active member in my community. What I was accused of makes me feel like a social pariah and makes me sick to think about. That said, and because I do not plan on pursuing legal action because it would not give me any satisfaction and would be a pain in the ass to do, here is my account of what happened:

On Saturday, June 25th, 2011, I rode from Brooklyn to Manhattan to meet up with friends at the Bicycle Film Festival on 2nd Avenue and 2nd Street. I arrived around 6pm just catching the tail end of the day-long bike-centric street festival and having some time to kill before the 8pm showing of movies, I wanted to grab a bite to eat. So, I locked up my bike by the Film Forum and meandered my way up to St Marks Street to get some falafel from Mamoun’s. I popped into a shop on the way and suddenly heard an urgent and firm woman’s voice yell “Ma’am I need you to step outside now!” I turned to see a female cop (in uniform) staring at me. I turned around to look behind me, but she insisted “You, yes you. Come outside now!”

Obviously confused, I followed her to the sidewalk to see a cop car parked in the street (against traffic), another male uniformed officer, and another plain-clothed guy who started shrieking at me, “YOU TAKE BIKES, HUH?! YOU TAKE BIKES! SHE TOOK MY BIKE!”

The officers then told me to put my bag and my helmet on the ground and turn around—where I was then hand-cuffed. Totally and utterly bewildered, I asked what I was being arrested for multiple times before I was told that this belligerent guy said he saw me steal his bike. I was arrested on the spot for a hear-say accusation (and I was later horrified to hear that they can totally legally do this since he already filed a report) and taken in a police car and carted to the 9th Precinct 4 blocks away. I should also mention I was never read my Miranda Rights.

The long story short is that I ended up spending about and hour and a half in a cell, without a phone call (because I was advised not to call and unnecessarily freak-out my boyfriend unless I actually ended up being booked), while they “investigated” the situation which was apparently that dude said he recognized me “by my markings” (I am heavily tattooed). Apparently accusatory dude had an open claim about having his bike stolen, so I had to wait for the detective on his case to show up and question me. When he finally did, he asked me if I had a picture of my bike on my phone and I did and showed him. I was totally cooperative and forthcoming. I have no previous arrest history. I told them I did not and would not ever steal someone’s bike. I am gainfully employed and have zero reason to steal anyones bike and that I probably couldn’t ride whatever bike of his that was stolen because he was much taller than I was (I am only 5’2”).

Ultimately (and finally) I was released (and I could’ve been held for 24 before they had to do anything, too) and was told that, “the officers did a good job here today figuring out that you didn’t take his bike.” Give me a fucking break!

The guy that accused me was still there at the station when I was released and stared me down on my way out after I was given back my belongings. I told him I was sorry someone stole his bike and I felt bad for him and I would never do that because I am gainfully employed and have no reason to steal and it’s a totally shitty thing to do! I also told him that I hope no one ever profiles and accuses him of something like this the way he did to me.

I was so shaken I ended up not going to the film fest, but rode home back to Brooklyn instead to regroup and chill out. It was then I also realized that they did not give me back my ID. I called the following day and was told to call when my arresting officer was on duty. When I did call later, I was told they couldn’t tell me what personal property was left and that I had to come to the precinct and prove my identity in order to claim. Fortunately I have a passport (I’m flying on Thursday and would’ve been more screwed if not) and went back yesterday to get my ID. They don’t have it. I asked for a copy of my police report and learned that it was sealed (which ultimately means that it was a mistake and people outside the criminal justice system cannot see it and it’ll never show up on my record).

The most I got was my arrest #.

I will probably have to pay $80 to get a new ID in addition to being totally inconvenienced and publicly shamed. It sucks.

So, that’s my story.

Again, pursuing this in a legal matter wouldn’t bring me any closure, but I wanted to share that this fucked up stuff happened/happens more than we think. Please reblog if you so desire to let other people be aware of the shit that the NYPD gets away with.

Story 2
Saturday night I was sitting on the curb outside glasslands gallery, between acts, next to the bike lane on Kent - enjoying the fresh air with my ladyfriend. Several other showgoers were lounging about the ample curb and there was no foot traffic. Some shitty old sedan is verrrrrry slowly trolling down the protected bike lane - blocking both directions. Two fatheaded dudes are sitting in it. I yell "Hey Jackass! Get out of the bikelane!" and they park. Two dudes step out, whip out handcuffs, kick over a flask near me, and drag me off to jail. No mirandizing or even telling me what I was charged with. Two hours later they let me free - but only because said ladyfriend showed up at the precinct to intellectually bully/supplicate them. They charged me with "Open container" - which wasn't mine and was sitting near me - and "obstructing the sidewalk".

So now the bike crackdown has expanded to trolling for incidents, and wrongful arrest?
Story 3
Some cop just rolled down his window and told me to "Get off the fucking road you retard."
Posted by hillbilly at 11:06 AM 1 comment: 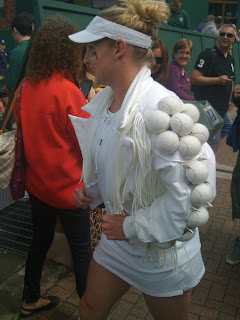 At least the brits get why this match sucked.
http://www.guardian.co.uk/sport/2010/jun/23/wimbledon-2010-tennis-live
This is genius (especially as a Simmons hater)
http://deadspin.com/5813690/introducing-the-grantland-comments-and-corrections-desk
Posted by hillbilly at 10:26 AM No comments: 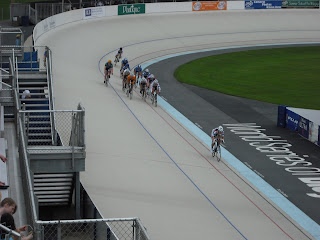 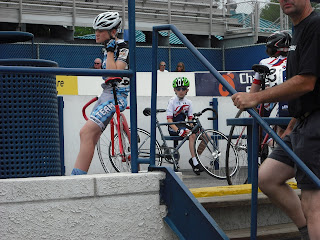 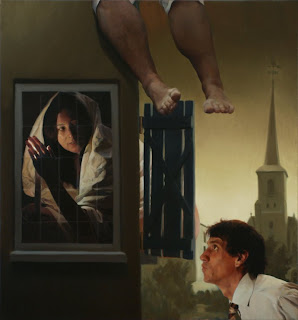 Posted by hillbilly at 7:38 AM No comments:

http://www.break.com/index/kid-gives-speech-after-learning-to-ride-a-bike-2065802
Posted by hillbilly at 10:33 AM No comments: